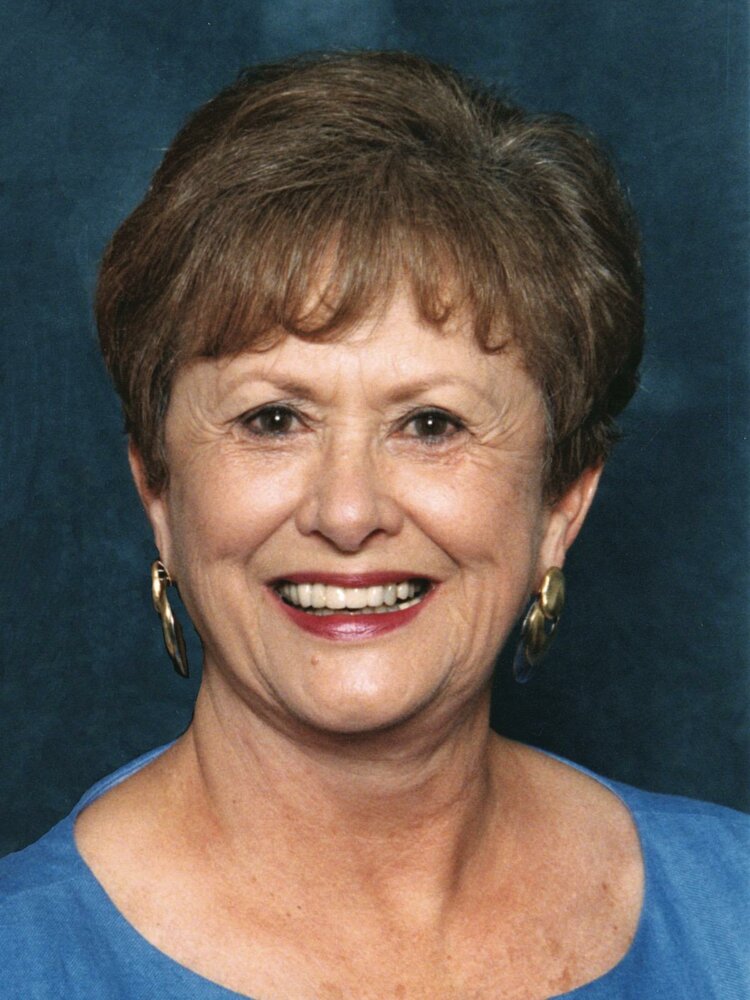 Peggy was born in June of 1938 to Mr. and Mrs. Cecil M and Emma T Deen of Alma, GA, graduating from Bacon County High School and attending South Georgia College. Her career included Professional Singing, Modeling, Real Estate, Hotel Development, Marketing and Tourism. After raising her children, she was employed by several companies including Sandlapper Magazine, Interstate Management and Investment Corporation (IMIC) and owned her own marketing company, South Carolina Connections, promoting South Carolina in the Northeast and Midwest. She was a part of the team which established the Columbia Convention and Visitors Bureau, and mentored many young ladies throughout her career.

In 1956 while living in Jacksonville, Florida, Peggy appeared regularly on the state-wide “Toby Dowdy Show” on WMBR-TV (WJXT) as a part of a singing trio, The Almarettes. It was there that Peggy met her future husband Joe, who was an on-air personality at the station. Soon after their marriage, they were stationed at Fort Jackson in Columbia, South Carolina in 1958-59. In 1963, the couple returned to the Midlands of South Carolina living in Cayce, Blythewood and West Columbia, where together they created a beautiful family and public legacy. “Grandma Peggy” was the family matriarch planning vacations, holidays and celebrations until suffering a stroke in 2017. Peggy never forgot her modest beginnings, becoming known as the family CFO keeping everyone on a tight budget (including Joe), using her acute business acumen to invest wisely, providing a comfortable retirement.

Peggy was a choir member of Cayce United Methodist Church, Trinity United Methodist Church in Blythewood, and the Laurel Crest Retirement Community Choir. She served as a member of the Township Auditorium Board of Trustees, and with Joe were members of the “Friday the 13th Club”, “The Media Club” contributing to the community in many charitable ways during their 65-year marriage.

The family would like to extend their sincere gratitude to Ms. Cessandra Carter and the Laurel Crest team, the staff of “Right at Home”, especially to care-provider, Ms. Crystal Keel.

In lieu of flowers, memorials may be made to Prisma Health Children’s Hospital, American Cancer Society, or the Springfield/Altman Church Cemetery in care of Marvin Deen, 126 Candlewood Drive, Alma, GA, 31510. Woodridge Funeral Home of Lexington is assisting the Pinner family.

Share Your Memory of
Peggy
Upload Your Memory View All Memories
Be the first to upload a memory!
Share A Memory
Plant a Tree