Sign in
Recommend Tricia's obituary to your friends
Plant A Tree 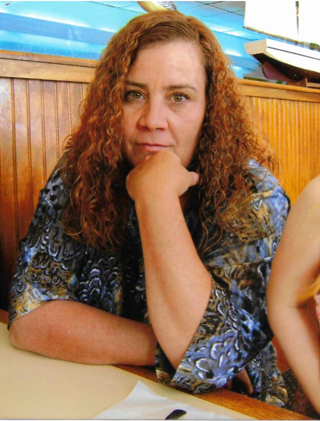 Patricia Ann Brennan Faltin, 54 of Columbia passed away peacefully in her sleep at home on Saturday July 9, 2022.  She was born on July 27, 1967, the daughter of Thomas Brennan and Shirley Hawkins Brennan Steenbergen.

Tricia was the younger twin of Karen Ann Brennan by 6 minutes, and Karen never let her forget that she was the older sister.  When Trish was 8 years old she started gymnastics school and concentrated on the vault.  She excelled at the vault and won many, many medals.  She was later recruited by the Carolina Gymnastics Center because of her proficiency at the vault, and they trained her to compete in all gymnastics events.  As a result, she competed in the Junior Olympics and won many more medals.

Tricia attended the Irmo school system and graduated from Irmo High School.  She was great with children.  She provided free child care in her home for many children over the years.  She took in several children who had been abandoned.  As a result of her love and care, she changed the lives of many children.

Tricia was a very loving, caring and giving person who never met a stranger.  For several years she lived and worked on a farm where she cared for the animals which included some animals which had been abused and neglected.  She also loved gardening and landscape work.  She provided this service to many people, for free, or for whatever they were willing and able to pay her.  At the time of her death she had been a live-in caretaker for an elderly man for the past 5 years.

A joint funeral service for her and her brother Mark Daniel Brennan will be conducted by Rev. Beth Faulk and Rev. John Culp at 3:00 pm on Sunday July 17, 2022 at Virginia Wingard Memorial United Methodist Church.  The family will receive friends at 2:00 pm in the Welcome Center of the church.