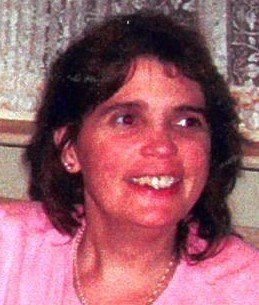 OBITUARY – Jayne Alesia Hutto Lowe – Columbia – A funeral Mass and memorial services for Jayne Alesia Hutto Lowe, 55, of Columbia, will be celebrated at 10:00 AM, Thursday, May 6, 2021 at The Basilica of St. Peter, 1529 Assembly Street, Columbia, SC 29201. Father Gary Linsky will celebrate the Mass. The family will greet friends after the Mass in Neglia Hall. Woodridge Funeral Home of Lexington is assisting the family with arrangements.

Jayne, known as “Pooh Bear” by her family and close friends, passed away April 5, 2021. Born in Columbia, she was a daughter of the late Jesse Perry Hutto, Sr. and Janet Lee Nicholson Hutto. Jayne was the “heart” of her family; her bravery and courage fighting Multiple Sclerosis for more than 25 years served to inspire her friends and family. She had an impish sense of humor, and loved making people laugh and feel at ease.  She was a devoted mother and grandmother, and enjoyed sharing life and making memories with those she loved. She attended St. Peter’s Catholic School as a young girl, and was a 1983 graduate of Cardinal Newman High School. Jayne enjoyed a career as a Dispatcher with the Forest Acres Police Department. She was awarded a commendation for bravery for saving the life of a young man. She enjoyed walks to the park and swimming with her daughter and son, crafting, picnics, and movies with the neighborhood. Jayne was overjoyed when she met her granddaughter, Layla, and delighted in the time that she got to share with her.

The family would like to thank the staffs of Amedysis Home Health, Agape Hospice and Prisma Health Baptist Hospital for their attentive and loving care; especially Tara Dunbar, who was a special angel involved in her care. In lieu of flowers, memorials may be made to the National Multiple Sclerosis Society, PO Box 91891, Washington, DC 20090-1891, or the American Foundation for Suicide Prevention, 199 Water St.,11th Floor, New York, NY 10038 .

To plant a beautiful memorial tree in memory of Jayne Lowe, please visit our Tree Store