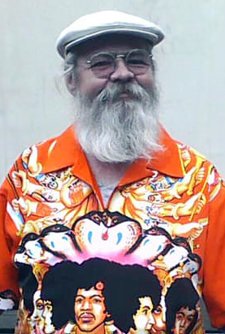 Merll Clyburn Truesdale died in the first hour of Earth Day, April 22 — a fitting date for the longtime environmental and anti-nuclear activist. He was 64.

The lifelong Columbia resident was the only child of the late Eve Slaughter Truesdale and Lucius Clyburn Truesdale. A 1973 Spring Valley H.S. graduate, Merll studied political science at Midlands Tech, where he served a term as student body president.

He was well read and a history buff, a radical thinker who loved and loathed politics, a harmonica-blowing bluesman with a deep and eclectic appreciation of music. He loved cold beer and red wine, and was an esteemed judge at the annual Cannabis Cup in Amsterdam.

Merll was part of the “bucket brigade,” taking up donations for George Wallace’s 1968 presidential campaign. And in 1980, he worked to get the Wallace’s campaign manager and repentant racist, Tom Turnipseed, elected to US Congress. He was a VISTA volunteer during the Carter Administration, and regularly held court at Group Therapy in Five Points.

Merll helped organize meetings that led to the establishment of GROW, the Grass Roots Organizing Workshop in Columbia. He was among a group of hippies that renovated an old, roofless building behind the ball park on Bluff Road, and set up shop in 1977. GROW was a self-sustaining headquarters for South Carolina's radical activists, running a café and a print shop (Harbinger Publications), and serving as meeting space for a host of political and social justice groups for more than 20 years.

Merll helped establish Columbia’s first food bank and volunteered at the GROW Food Co-op on Bluff Road that served Lower Richland for nearly four decades. He also did Columbia distribution of POINT, an alternative monthly news magazine published out of the GROW building between 1991 and 2001.

Over the years, GROW housed activists and friends down on their luck, but Merll was the only full-time resident, occupying an upstairs room until the building was sold in 2000.

While Merll never married, he had a family of friends he collected over the years and sustained across several states. He was also dog father to pit bull rescues Winston, Ruby, and Grendel, who were schooled in "puppy dialectics."

Special thanks to Michael Lowe and Brad Hubbard for ensuring Merll was loved and well cared for during his years at Heartland Rehabilitation Center. Friends and fans will gather on Saturday, April 27, to celebrate Merll’s life with a potluck between 6-8pm in the backyard at 2025 Marion St., Columbia. All are welcome, including children. Bring your stories and a dish or beverages to share.

Donations in Merll’s name may be made to any no-kill pet shelter, or to the Modjeska Simkins School for Human Rights scholarship fund c/o SC Progressive Network, PO Box 8325, Columbia, SC 29202-8325..

To send flowers to the family of Merll Truesdale , please visit Tribute Store

Share Your Memory of
Merll
Upload Your Memory View All Memories
Be the first to upload a memory!
Share A Memory
Send Flowers