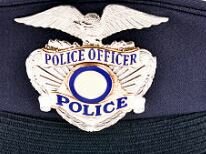 Glenn is survived by his wife, Hope Frick, of the home; daughters; two grandchildren, Maddison Snuffer and Jacob Frick, and many nieces, nephews, and cousins. He was preceded in death by his father, Thomas H. Frick Sr.; mother; Isabel B. Frick; and brother, Thomas H. Frick Jr. Glenn and his parents were lifelong members of Beulah United Methodist Church of Blythewood.

He was a graduate of Blythewood High School class of 1970. He also attended Midlands Technical College. Glenn worked several years with his father in construction until his true calling came to him in Law Enforcement.  In 1975, he joined the Columbia Police Department as a Patrolman. Glenn met his wife, Joyce Hope Harris, and they walked the beat of life together for 46 years. He later went to work as a Deputy for a few years with Lexington County Sheriff’s Department. He continued his career in Law Enforcement with the West Columbia Police Department, where he retired as an Investigator. A short time later, he went to work and retired from the South Carolina License, Labor and Regulation Division as an Inspector.

Family will receive friends for visitation on December 30, 2022 from 3:30 PM to 7:00 PM at Woodridge Funeral Home located at 138 Corley Mill Road, Lexington, SC. A private graveside service will be held on a later date.