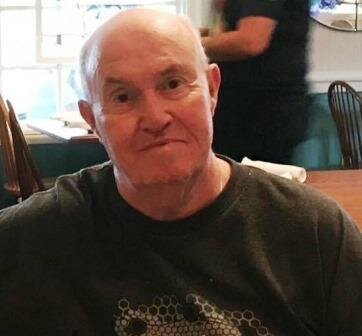 Fred moved to Columbia, SC at an early age and attended Lower Richland High School.  His parents owned and operated Owens’ Grocerette in Lower Richland County, where he spent a lot of time assisting with running the business.  He attended Wingate College before joining the United States Marine Corps in 1968.  He served in the Vietnam War as a Lance Corporal before returning to Columbia, SC.

Mr. Owens married Anne Hollingsworth in January of 1970, and they resided in Hopkins.  He was employed with Westinghouse Nuclear Fuel Division on Bluff Road, served in various capacities and became highly knowledgeable of its operations before retiring in 2007.  In 1985, Mr. Owens moved with his wife, Anne, and his son, Fred Jr., to beautiful Lake Murray in Saluda, SC.

He enjoyed multiple cruises in the Caribbean with Anne in his early retirement years, and travelled to a number of US destinations with Anne, Fred, Jr. and his daughter-in-law, Debra, before becoming physically unable to enjoy long trips.  He also enjoyed fishing with family and friends and an occasional hunting excursion with friends.  After his wife passed in 2020, he made his permanent home In Murrells Inlet.

Fred was known for never missing an opportunity to share a funny story.  Friends and family relished and laughed at great length, listening to him share life’s experiences and spinning a tale or two!

Mr. Owens is survived by his son, Fred L. Owens, Jr. of Columbia; and his sister, Janet Owens of Lexington.  He is also survived by his four sisters-in-law; Martha H. Brazelle of Cayce, Jane Bloschock (Leo) of Columbia, Charlotte Helms of Pelion and Lee Disbrow (Tom) of West Columbia.  Fred was also blessed with and survived by an extended family of cousins, nieces, nephews, great nieces and great nephews and nieces.  In addition to his parents, Fred was predeceased by his wife, Anne H. Owens; brothers-in-law, Donald L. Helms, III, James W. Brazelle, III and Glenn Dunbar, as well as his daughter- in- law, Debra S. Owens.

The family will greet friends from 5:00 – 7:00 PM at Woodridge Funeral Home, 138 Corley Mill Rd, Lexington, SC on Thursday, October 6, 2022.  A private graveside service will be held at Fort Jackson National Cemetery at a later date.

Greeting of family and friends

Share Your Memory of
Fred
Upload Your Memory View All Memories
Be the first to upload a memory!
Share A Memory
Plant a Tree