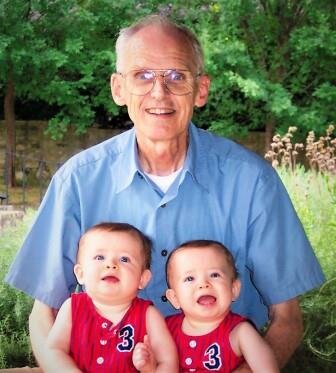 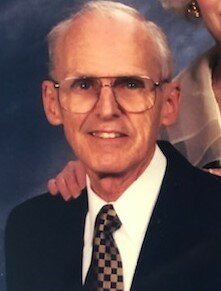 Robert Newbill Crittenden, Colonel (US Army, Ret.), passed away at his home in Evans, Georgia on April 25, 2022. He was preceded in death by his beloved wife, Emily Hice Crittenden; his mother, Virginia Ware Crittenden; and his father, Thomas Floyd Crittenden.

After graduation from Virginia Tech, Colonel Crittenden entered the Regular Army in the Infantry Branch and served his country for over 24 years. He initially attended Basic Infantry Training along with Ranger and Airborne Training at Fort Benning, Georgia. That was followed by an assignment in Germany to an Armored Infantry Battalion where he was an infantry platoon leader and junior staff officer.

Crittenden returned to Fort Benning for the Infantry Advanced Course and Pathfinder training. There, he met the love of his life and future wife Emily, to whom he was married for 45 years.

He left Fort Benning for an assignment to the 101st Airborne Division at Fort Campbell, where he was an Airborne Infantry Company Commander in the famous 506th Airborne Infantry, (Band of Brothers). His unit was highly active in the Cuban Missile Crisis and Mississippi integration efforts.

He was next assigned to Vietnam, where he was an advisor to a Vietnamese Infantry Battalion in the Mekong Delta, an active combat area. Upon return to the states, he served in The ROTC Department at Davidson College. From Davidson, he returned to Germany, serving as Operations Officer of the U. S. European Airborne Brigade – The 509th Airborne Infantry. His unit conducted parachute operations through all of the Northern Mediterranean.

Upon conclusion of that assignment, he returned to Vietnam where he served initially on the Army Vietnam Operational staff. He was later able to join the First Cavalry Division, where he was Operations Officer for an Infantry Battalion in a combat zone on the Cambodian border.

Upon his second return to the states, he attended the Armed Forces Staff College in Norfolk, Virginia, staying on after to obtain a master’s degree at George Washington.

Colonel Crittenden was selected to command of the Army’s Experimentation Battalion at Fort Ord and Hunter Leggett Military Reservation in California. From there, he moved to attend the United States Army War College in Carlisle, Pennsylvania.

In 1974, Colonel Crittenden was assigned to the Pentagon for four years. There he served first on the Army DCS Operations Staff, and later in the office of the Secretary of the Army as Military Assistant for all Panama Canal Operations. This was an extremely active period as the Panama Canal Treaty was being negotiated.  During this time, he dealt extensively with Congress and the State Department.

Colonel Crittenden left the Pentagon in 1978, and was assigned to Fort McClellan Alabama as Chief of Staff for the Army Military Police and Chemical Schools. He retired in 1981, and shortly thereafter joined the country’s oldest engineering firm, Lockwood Greene in Spartanburg, SC, where he served in the Construction Management Group and later moved to be the Manager of Administrative Services for the firm’s headquarters.  In 1988, he joined CH2M Hill in Montgomery, Alabama where he served in various administrative management roles for the South Central and Southeast Regions.  He was a member of the Society of American Military Engineers and served on the Board of the Maxwell Air Force Base Chapter.  He retired from Ch2M Hill in 2000.

Beyond his many professional accomplishments, Bob was an incredible and devoted father, grandfather, brother, son, and friend. He loved his family beyond imagination, and cherished time spent with his children and grandchildren. He loved meeting new people, and for those people that he called friends, his commitment was undying.  He had a great love and respect for the outdoors and camping, and was an avid reader who spent a great deal of time tracing and preserving his family history and genealogy.  Bob was a faithful follower of Christ, and his sense of duty and honor truly guided his every step. For those that loved him, he will be missed each and every day.

Funeral Services with US Army honors for Colonel Crittenden will be conducted at 2:00 PM, Friday, April 29, 2022, at the Lakeside Gazebo at Woodridge Memorial Park, 138 Corley Mill Road, Lexington, SC.  The family will greet friends following the service and interment.

In lieu of flowers, gifts may be made to Brandon Wilde Beebe Educational Endowment, Community Foundation for the CSRA, P. O. Box 31358, Augusta, GA 30903.

Funeral Service with US Army honors

Share Your Memory of
Col. Robert
Upload Your Memory View All Memories
Be the first to upload a memory!
Share A Memory
Plant a Tree