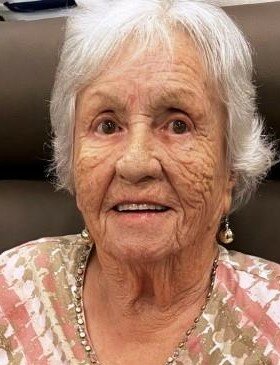 In following her wishes, cremation has taken place and Mary has been laid to rest along side her husband, Charles Rivers Bulis and her son, Charles Barney Bulis at Oak Grove Cemetery in Coldwater, Michigan.

The family was cared for by Dutcher Funeral Home of Coldwater, Michigan and arrangements were coordinated with Woodridge Memorial Park and Funeral Home of Lexington, South Carolina.

Mary was born July 27th, 1931 to Anton Denk and Maria Denk (Laubner) in Neureichenau, Germany. Mary grew up in Germany with her two brothers and sister and resided there until she met her late husband, Charles Rivers Bulis, who was serving in the Army and stationed in Germany. Mary and Charles married in Munich, Germany on September 25th, 1954, and shortly thereafter moved to the United States and made Coldwater, Michigan their home.

Mary and her late husband, Charles, owned and managed “The Little King Motel” in Coldwater in the 1960’s and early 1970’s.

Mary and Charles had two children together, their late son, Charles Barney Bulis, and their daughter, Maria K. Bulis.

Mary moved from Coldwater to Lexington County, South Carolina, in 2006 to be closer to her daughter, Maria, and son-in-law, Zaprian.

Mary is survived by her daughter, Maria K. Bulis, and son-in-law, Zaprian Ivanov. Mary is also survived by her brother, Anton Denk, and his wife, Rose Marie, of Neureichenau, West Germany, as well as several nieces, nephews, great nieces and great nephews all residing in Germany.

Memorials may be directed to Westminster Memory Care of Lexington, SC and to Agape Hospice Care, South Carolina.

To plant a beautiful memorial tree in memory of Mary Bulis, please visit our Tree Store