Sign in
Recommend Peggy's obituary to your friends
Plant A Tree 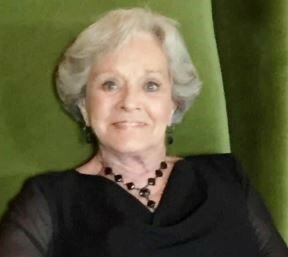 OBITUARY – Margaret Neal “Peggy” Bernhardt – Gilbert – Friends and family are invited to the Celebration of Life Service for Margaret Neal “Peggy” Bernhardt, 81, of Gilbert, which will be held at Southern Oaks Event Venue, 2401 Highway 378, Gilbert. SC, at 6:30 PM, Friday, November 19, 2021. Woodridge Funeral Home of Lexington is assisting the family with arrangements.

Peggy Bernhardt passed away November 15, 2021 at her home with her family by her side.  Born in Lenior, NC, she was a daughter of the late Joseph and Edith Ledford Puett. Margaret Josephine “Peggy Jo” Puett was born on May 8, 1940 in Lenoir, North Carolina during the height of World War II when rationing was the norm, and the availability of staples like flour, sugar and gasoline were at a premium. She was the second daughter of Rev. Joseph Roscoe Puett and Edith Virginia Ledford, and had three siblings who survive her—Barbara Gayle Hughes of Bridge City, Texas, Charles Lynn Puett of Darlington, South Carolina, and John Allen Puett of Blue Ridge, Georgia. Peggy attended elementary schools in Valdese, West Hickory and Baton, North Carolina before moving to Rocky Mount, North Carolina where her father served as a Baptist minister. She attended Benvenue Elementary School and graduated from Benvenue High School with honors in 1957. While in high school, she enjoyed cheerleading and singing in the school chorus and church choir. She earned money to support her college education by working in tobacco fields and cleaning the church where her father was minister, and she attended Gardner Webb College in Boiling Springs, North Carolina where she was selected to be a class officer and Homecoming Queen. She also traveled with the college chorus and became a featured soloist in various performances, like Handel’s Messiah.

It was during her college years that she met Carl Cameron Neal, a fellow student and athlete at Gardner Webb College, and they married shortly before graduating. Carl and Peggy settled in West Columbia, Cayce and Gilbert, South Carolina where they raised their three children. Although primarily a homemaker, Peggy was also employed as a bookkeeper for several firms in the Columbia area and eventually provided bookkeeping services for both her husband and son’s businesses, and for a short period of time, she operated a restaurant at the Lexington Auto Auction and assisted in raising and training Arabian horses. After Carl’s death, Peggy married Ron Bernhardt and they were happily married until his passing in 2018