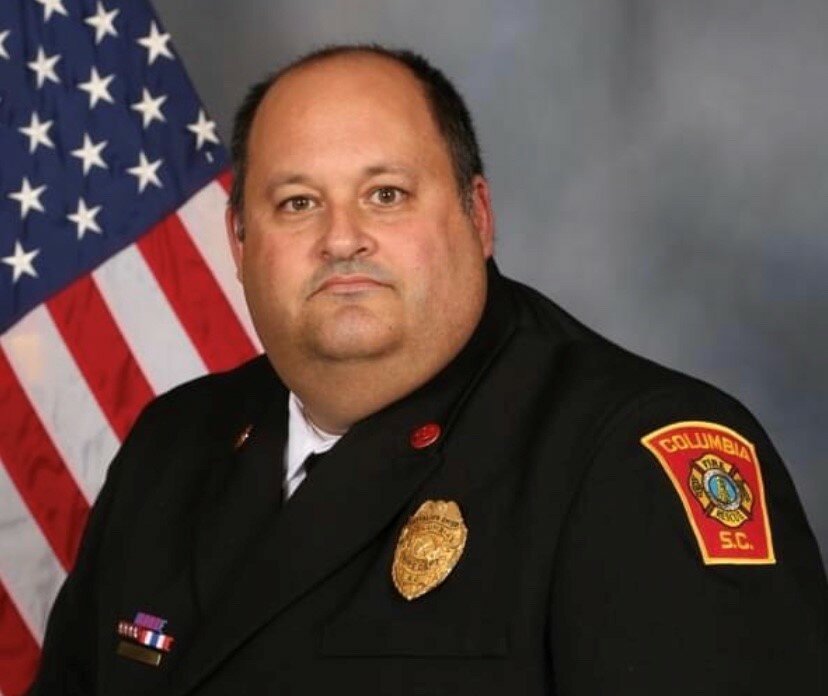 Joseph “Casey” Desso is the son of Linda
Moon Desso and was preceded in death by his father, Joseph Warner Desso. Casey was
born in Irmo, South Carolina on October 31, 1971, where he attended the public
schools of Irmo and graduated from Irmo High School in 1989. In high school, he
was active in the Reserve Officer Training Corps, Color Guard, Drill Team,
Honor Guard, and Vocational Industrial Clubs of America. He went on to attend
Clemson University and Midlands Technical College followed by volunteering at
the City of Columbia Fire Department in 1994. He enrolled in the fire academy
and on March 10, 1997, he began his career working for the City of Columbia and
Richland County fire department for 24 years.  He rose through the ranks
of firefighter, senior firefighter, engineer, captain, and became a battalion
chief on June 17, 2017. Casey served his community well and had the heart to
help others.

Joseph Casey Desso is the proud and loving
father of his first-born daughter Emily Baker Desso and his youngest son
Forester DeVore Desso. He is survived by his two children, former spouse
Natalie Gary Desso, brother Russell Mahlon Desso, sister-in-law Erin Houtchings
Desso, and niece Lillian Faith Desso. Joseph Casey Desso attended Dutch Fork
Baptist Church and Riverland Hills Baptist Church. His hobbies included
gardening, fishing, hunting with his son, playing guitar, singing with his
daughter, history, writing, reading, camping with his children, hiking, and so
much more. He is a God-fearing man who loved his family, nature, taekwondo,
playing softball, canning, his 4x4 club, and being a past master Mason for
Boylston Lodge No. 123.

On September 13th, 2021, Joseph Casey Desso
passed away at the age of 49. The visitation and funeral service will take
place on Monday, September 20, 2021, at Riverland Hills Baptist Church. The
visitation will begin at 11:00 am followed by the funeral service at 1:00 pm.
The burial, with Masonic Rites and Fire Department Honors, will take place after the service at Woodridge Memorial Park, 138 Corley Mill Road, Lexington, SC 29072