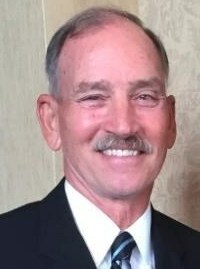 Columbia, SC -  Michael Joel Thiel, age 70, died Thursday, September 2, 2021 peacefully at his home in Columbia, SC with his spouse by his side.

He was born the son of Art and Julia Thiel in Owosso, MI. After graduating from Chesaning Union High School, Mike served in the US Army from 1970 to 1973 protecting our freedom during the Vietnam War. Following his service, Mike attended Delta Community College and earned a degree in accounting. Mike also attended Flight Attendant classes in Miami, FL. Mike worked for General Motors Flint Engine Plant for over 30 years.

Following his retirement, Mike moved to his paradise in Columbia, South Carolina. Mike was very passionate about health and fitness and was an avid runner. Anyone who knew him understood the love he had for his family and especially all of his grandchildren.

He was predeceded in death by: his parents; and siblings Eugene, Arlene, Jack, Kevin, Kathryn and Mary.

In lieu of flowers, the family is requesting donations to the American Brain Tumor Association at www.abta.org