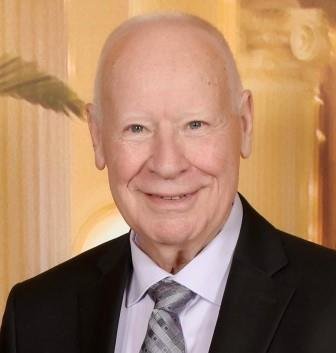 Obituary of Haskell A Hydrick

OBITUARY - CAYCE - Haskell “Buddy” Hydrick, 79, of Cayce, passed away August 10, 2021, after a battle with cancer.  Buddy was born in Wagener, SC, a son of the late Jacob H. Hydrick and Nora Knotts Hydrick.

Buddy graduated high school in Wagener, SC, and immediately enlisted in the U. S. Air Force.  After training at Lackland AFB and Keesler AFB, he served as an Air Traffic Controller at air bases in the Azores and Ramstein, Germany.

Upon discharge from the Air Force, Buddy worked briefly at Busbee Hardware in Wagener, before being employed by the FAA as an Air Traffic Controller in Hickory, NC.  He transferred from Hickory to Charleston, SC, and eventually, to Columbia, SC.

After working for the FAA, Buddy was employed by Daniel Construction, and Columbia AMF Bowling Center.  He retired from BellSouth (now AT&T), where he worked in Directory Assistance, Operator Services, and as a Digital Tech.

Buddy was an active member of Mt. Hermon Lutheran Church.  He was a member of Kairos Sunday School Class, Church Council, and Worship and Music Boards.  He had previously served as part of the praise band and playing the bass during services.  He loved to play music, and was proficient on the bass, guitar, and keyboard.  He could pick the banjo, and he could also manage “Amazing Grace” on the fiddle and the mandolin.

Buddy was inducted into the Midlands SC USBC Association as an instructor.  He enjoyed teaching bowling to youth and also other instructors. Buddy believed his mission in life was to make people laugh, or at least smile.  He was always ready with a pun or a quick response to a comment.   Buddy was strong and loving, smart and kind.  He will be greatly missed.

Services will be held at Mt. Hermon Lutheran Church, 3011 Leaphart Road, West Columbia, SC, at 3:00 PM, Sunday, August 15, 2021, with family visitation at 1:30 pm in the church Fellowship Hall prior to the service. Members of the Kairos Sunday School Class will serve as honorary pallbearers.  Memorials may be made to “Growing on Holy Ground” at Mt. Hermon Lutheran.