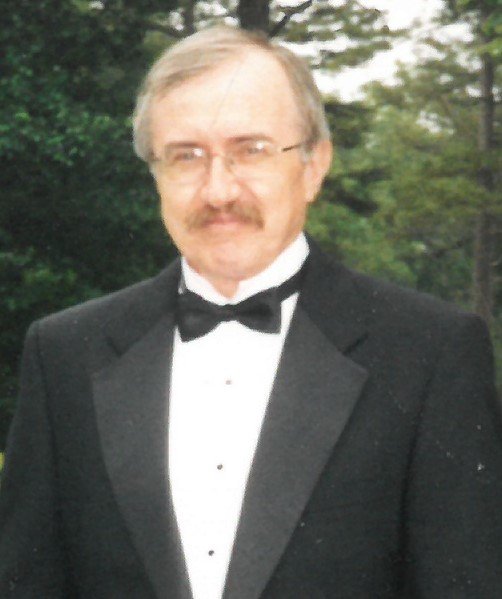 Arvid M. Carlson, 77,died of cancer on July 12, 2021, at home in Irmo, S.C. Born in Concord, N.H. and formerly of Lyndeborough, he was the son of Einar and Mildred (Fifield) Carlson. Surviving are his wife of 56 years, Ann Kenick Carlson, formerly of Exeter, N.H; daughter, Bethany (Jordan Cormier) Carlson; grandson, Elliott Cormier of Shirley, MA; two sisters, Jeannette (Robert) O'Connell of Concord, and Lynda Burnside of Richmond, VA; several nieces and nephews, and his beloved dog. In addition to his parents, he was predeceased by a daughter, Pamela Joy Carlson.

A 1961 graduate of Concord High, Arvid earned a BS in chemistry from Gettysburg College. He spent his professional life in research and development, for Nashua Corp. initially, then travelling throughout Europe monitoring quality control in pressure- sensitive adhesives produced by Anchor Continental of Columbia, S.C. He also spent 10 years in Real Estate and Property Management with Centre Realty of Irmo.

Arvid was a Vietnam War veteran, having served in the Navy aboard the USS Enterprise, a nuclear-powered aircraft carrier. He was part of the crew on active duty January 14, 1969, when the ship suffered explosions and a catastrophic fire at sea.

Widely read, he had interests in organic gardening, animal husbandry (raising Nubian dairy goats and chickens), woodworking, alternative energy,sailing, and day-trading. He satisfied musical gifts by singing in his church choir, the Dutch Fork Choral Society, and by ringing with several hand-bell choirs.

Over the years he served as a volunteer fireman, town auditor, and member of the Conservation Commission in N.H. After moving to S.C. in 1984, Arvid taught an adult Bible study at St. John's Lutheran for many years, and was a volunteer coach for Science Olympiad and OM teams in the Irmo school system. In retirement, with his wealth of knowledge and quick recall, Arvid also enjoyed participating in trivia-team competitions.

Woodridge Memorial Park and Funeral Home at 138Corley Mill Rd. in Lexington, S.C. is assisting the family. A Memorial Service for Arvid Carlson will be held at 3:00 PM at St. John's Lutheran Church, 1028 St. John's Road, Irmo, SC 29063 on Saturday, August 14, 2021, with a reception following in the Fellowship Hall.

To plant a beautiful memorial tree in memory of Arvid Carlson, please visit our Tree Store