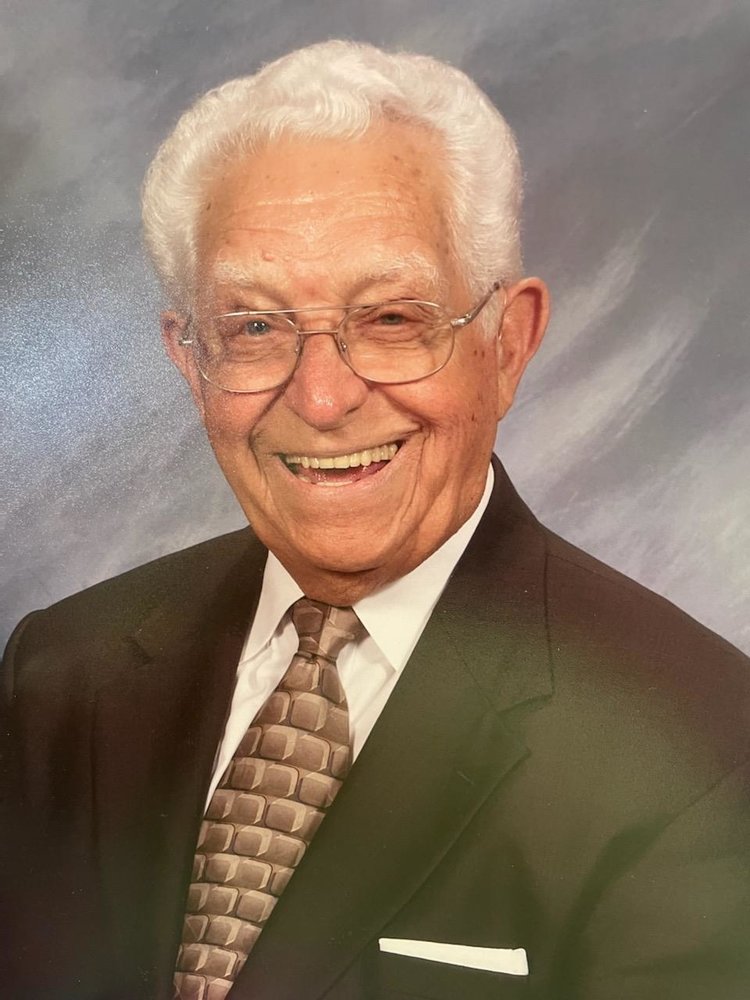 Columbia, S.C.- James Alexander Ress passed away on Tuesday, July 6, 2021 at the E. Roy Stone Veterans Home in Columbia, S.C.  He died one day after celebrating his 97th birthday. The family is grateful for the loving care he received at the Veterans Home.

Jim joined the U.S. Army during World War II. He served proudly in France and Germany during the war, and was awarded a Silver Star. He achieved the rank of Staff Sergeant.

After marrying Oleida, Jim began his career as a salesman. He sold floor covering most of his adult life.  He worked in New York and New Jersey before moving to South Carolina in 1964. He represented several manufacturers in the Southeast.

Jim loved to watch South Carolina football. His good humor, his enthusiasm for life, and his thoughtfulness for everyone will be missed.   He loved his family, and was active in his churches, both in Columbia, and during the time he lived in Rock Hill, SC.

Jim is survived by three children: Jim (Connie), Betty (George), and Tom (Paula). He had 6 grandchildren and 4 great-grandchildren. In addition to his parents, and his wife, he was predeceased by brothers, Urban and Henry Ress, and by his sister, Theresa.

Woodridge Funeral Home of Lexington, S.C. is assisting the family with arrangements.

To plant a beautiful memorial tree in memory of James Ress, please visit our Tree Store