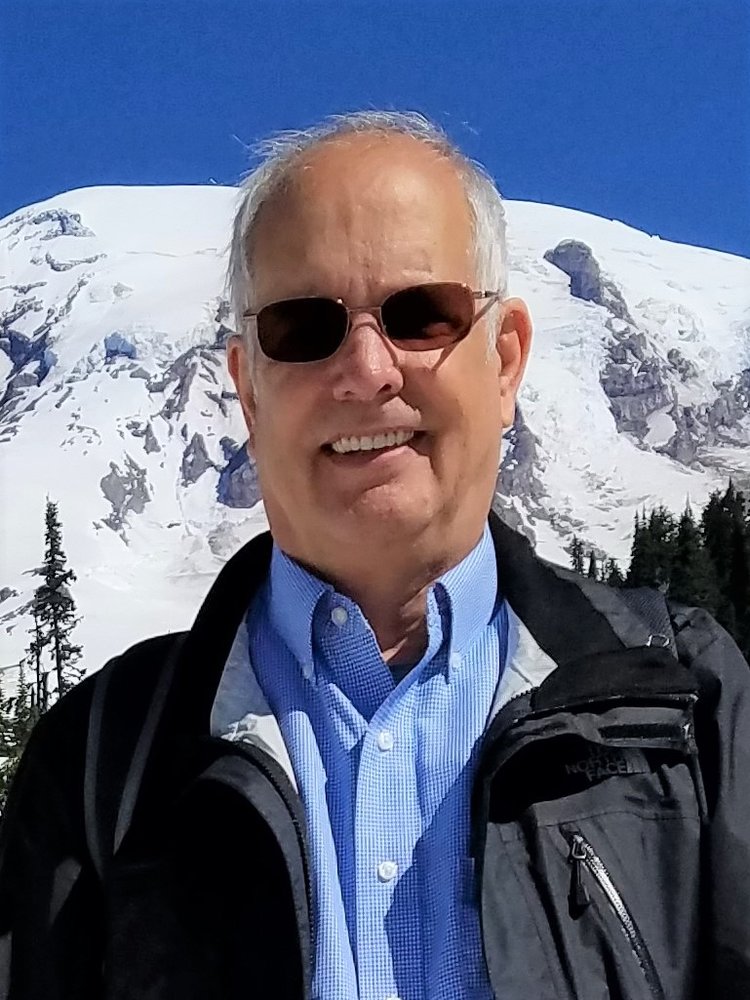 William N. “Bill” Smith, a loving husband, father, and grandfather passed away peacefully on June 5, 2021, after a short battle with lung cancer. He was 74.

Bill was born on December 14, 1946, in San Diego, CA, to Elizabeth Walters Smith and James White Smith. The Smith family moved to Rockingham, NC, in 1954. Bill married Virginia Gregg Smith of Bennettsville, SC, in 1970 and together they raised three boys in Charlotte, NC and Myrtle Beach, SC.

Bill graduated from Rockingham High School in 1964, where he was the editor of “The Rocket,” the school annual, played on the basketball and baseball teams, the football team statistician, and was a member of many school clubs and organizations. He graduated from Georgia Institute of Technology in 1969 with a degree in Industrial Engineering and accepted a commission as an officer in the United States Navy. While serving as a supply officer aboard the USS Simon Lake, he nurtured his life-long interest in data and organization. After an honorable discharge from the Navy, Bill pursued and earned an MBA from UNC Chapel Hill and became a Certified Public Accountant. He found employment as a consultant with Arthur Andersen and later moved over to Photo Corporation of America and Mister Minit. A growing family and an urge to spend more time at home led Bill to own and operate two sportswear stores in Myrtle Beach, SC throughout the 1980s and 1990s.

Bill enjoyed giving back and spent years supporting Boy Scouts, Habitat for Humanity, Helping Hand, and countless other community organizations. He was a member of the Rotary Club and a graduate of Leadership Grand Strand as well as being a finalist for The Sun News Volunteer of the Year in 1994.

Bill’s interest in Scouting began as a youth in Rockingham, NC, and developed into a family activity with his three sons. His wife, Ginger, was a Den Leader for many years and Bill served as a Cubmaster, Weblos leader, and Scoutmaster. He was an enthusiastic leader who enjoyed planning campouts and trips for the Scouts, including visits to Disney World, swimming with manatees in Crystal River, Florida, the U.S. National Jamboree, and more. During his time with the Boy Scouts, he guided all three sons to become Eagle Scouts, and himself completed Wood Badge leadership training, was a Vigil Honor Member of Santee Lodge 116, and was a recipient of the Silver Beaver Award.

After retirement, Bill and Ginger spent their time traveling the world, often staying away for months at the time, but never staying in the same place for more than a few nights. Together, they visited all 50 states and at least 119 foreign countries on all 7 continents. Bill was enormously proud of his loyalty points, miles, and status with various airlines, hotel groups, and cruise lines and enjoyed conversing with others who shared the same interest, or those who didn’t. When he wasn’t planning their next trip, Bill enjoyed pickleball, genealogy, and model trains.

The family will hold a private celebration of life in the coming weeks.

You are invited to share a memory with the family at WoodridgeFuneralHome.com. In lieu of flowers, Bill and his family would appreciate a memorial contribution to your local Boy Scout Troop, or to “Boy Scout Troop 425” mailed to Boy Scout Troop 425, Zion Lutheran Church, 226 Corley Mill Road, Lexington, SC 29072.