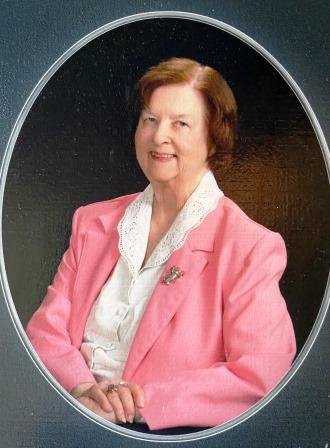 OBITUARY - Evelyn Eugenia Biegert Moss, 84, died on May 27, 2021. She was born on February 11, 1937 in the Medical Arts Hospital directly across Houston Street from the Alamo grounds in downtown San Antonio, Texas. She was the daughter of Austin A and Eugenia Jentsch Biegert. Evelyn graduated from George Breckenridge High School in 1954, and earned her BA in English and History from Southwestern University in Georgetown Texas in 1955, and earned her MA in German from Middlebury College in Middlebury, VT in 1964. She taught school in Corpus Christi Texas from 1958 to 1960 in Corpus Christi, Texas and in Seguin, Texas from 1960 to 1967. Evelyn was a substitute teacher in Seguin for years after that.

Evelyn married Edward Moss in June of 1963 in Seguin, and they built an instant family by adopting three young brothers in 1969: Steven Edward Moss, David Scott Moss and Gregory Lynn Moss. The family lived in Seguin and Beaumont, Texas and Magnolia, AR.  They were active in the Methodist churches of those towns, serving as ushers, Sunday School teachers, board and committee members and Vacation Bible School teachers. She enjoyed singing in church choirs and playing the piano and organ.

The family later moved to Cayce and Lexington, South Carolina, where Ed retired from his long career as a mechanical engineer with the Structural Metals, Inc. steel mill. Edward and Evelyn were also active in various Kiwanis clubs in Texas and South Carolina until Ed died in March of 2010. She was also active over the years in branches of the American Association of University Women, American Legion Auxiliary.

A memorial service for Evelyn Moss will be held on Saturday, June 26, 2021 at 11:00 AM, at the Mausoleum Chapel of Woodridge Memorial Park of Lexington, 138 Corley Mill Road, Lexington, SC 29072. The family requests no flowers, please. Memorial donations can be made, in Evelyn’s memory, to St. Jude’s Children’s Hospital, 501 St. Jude Place, Memphis, TN 38105.