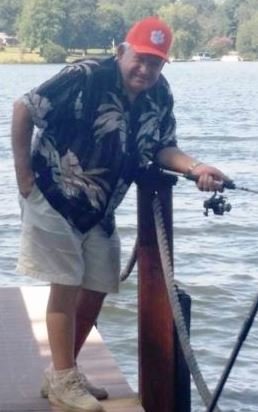 Burnette Oliver Whitaker, 87, of West Columbia, SC, passed away Sunday, April 11, 2021. He was born in Swansea, SC to the late Henry A. and Ethel Wise Whitaker. Mr. Whitaker was retired from the United States Army, serving in both the Korean Conflict and Vietnam War in the First Infantry "The Big Red One" Division. He later retired from the State Newspaper.

Burnette enjoyed spending time with his family and his beloved Yorkshire terrier, "Lexi", and doing anything outdoors. He enjoyed working in the yard, bird watching and cheering on his Clemson Tigers. Burnette also loved to fish on Lake Murray and Lake Bowen.

He is survived by his son, Oliver Whitaker, his wife Terri, and their children, Lanie and Nick Whitaker; daughter, Loretta Whitaker, and her children, Blair and Mariah Brakefield; sisters, Ruby Bradny and Elise Whitaker. In addition to his parents, Burnette was predeceased by his loving wife of many years, Rosemarie Moschko Whitaker; brothers, Stacy, Louie and Otis Whitaker; and sisters, Zelma Tumblin and Wilma Whitaker.