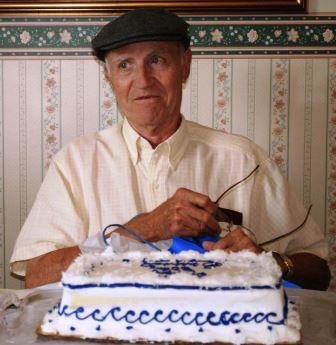 OBITUARY – James C. “JC” Sutton – A Home Going service for James C. “JC” Sutton, 88, of West Columbia, will be held at 11:00 AM Tuesday, March 23, 2021 at the mausoleum chapel of Woodridge Memorial Park, 138 Corley Mill Road, Lexington, SC 29072. Pastors Charles Wilson and Dow Welsh will officiate. A private burial service will be held at a later date. The family will greet friends for one hour prior, at 10:00am, to the service in the mausoleum chapel. Woodridge Funeral Home of Lexington is assisting the family with arrangements.

JC Sutton passed away March 18, 2021. Born in Aynor, SC, he was a son of the late James Waterman Sutton and Claudia Belle Cook Sutton.

In July 2010, JC Sutton inscribed the memoirs of the significant events of his life.  It was his wish that it be preserved as part of the family history.  He encouraged everyone to write about themselves so that, too, it may be passed on to future generations of Suttons.

Born on a farm near Aynor, SC, JC was the youngest and only son of seven children born to sharecroppers.  Mostly, the farming consisted of tobacco, corn, cotton, potatoes, and peanuts. Everyone, including children, was expected to contribute to the farm work.  The hardest task was carrying water into the fields during the planting of tobacco. Though, his fondest memories of farming were helping his father with the tobacco curing process.  His affinity for the ocean and waterways began when his father took him to Murrells Inlet, SC for the first time. JC was excited to watch the fisherman launch their boats through the breakers.

During a prayer meeting at a neighboring farmer’s home at an early age, he decided to live his life for God.  Everyone was gathered to gather to mourn the death of a neighbor’s child.  JC told his family, “It was then that I began to wonder about life and death, heaven and hell.”

At about the age of 7 years, JC’s father quit farming and moved to the town of Conway. It was at this time; he became interested in fishing and hunting. Near his home, JC discovered a trail through the woods that led to the river. “I would sit on the bank for hours, fishing with a cane pole, wishing I had a boat,” he wrote.  His first rifle was a Winchester .22 caliber.  He hunted squirrels, and doves, with a 12-gauge pump-action which he acquired shortly thereafter.

At the age of 13 years, he delivered newspapers for Grit and magazines for Collier. A few years later, JC followed his passion and love for the water and became a Sea Scout.  He and his fellow scouts made several trips on the Waccamaw River in a 35-foot surplus boat provided by the US Navy Reserve.  At the age of 17 years, he joined the US Navy Reserve with the permission of his parents.  It was his first time seeing the Caribbean Sea, Miami, New Orleans, the Virgin Islands, Puerto Rico, and Chicago, IL.  JC was honorably discharged from the US Navy Reserve to join the US Air Force ROTC program while he studied at the University of South Carolina in Columbia.  During college, JC was employed by Campbell’s Pharmacy and Soda Fountain located in the Cornell Arms Apartment building.  While home from college during the summer of 1954, he met the love of his life, Mary Courtney Bartlett.  They married approximately a year later after he graduated from USC and commissioned a 2nd Lieutenant in the US Air Force to start pilot training.

After starting a brief sales career with Sears & Roebuck, he found a home with the US Postal Service.  He began his career as a mail sorter on the trains from Florence, SC to Washington, DC.  He concluded his 27 years career as a safety officer with Fleet Management. After retirement, he began volunteer service at the Lexington Medical Center Auxiliary Services and God’s Helping Hands.  Given his 22 years of honorable service to LMC as a mailroom clerk, he became a Life Member.  There, he was also awarded the Thelma E. Busbee Award and served as treasurer.  His service to God’s Helping Hands concluded after 20 years of continued and faithful service to the Crisis Ministry of Cayce-West Columbia, SC.  JC also was a member of Holland Avenue Baptist Church, where he also served as a co-teacher and Treasurer of the Berea Fellowship Sunday School Class.

Instead of flowers to honor the life of JC Sutton, please continue his prime example of volunteerism by contributing either your time or financial donation to God’s Helping Hands located at 919 Holland Ave, Cayce, SC 29033. Donations can be mailed to PO Box 5462, West Columbia, SC 29172. Donations can also be made to Holland Avenue Baptist Church located at 812 12th St., Cayce, SC, 29033.

To send flowers to the family or plant a tree in memory of JC Sutton, please visit Tribute Store
Tuesday
23
March