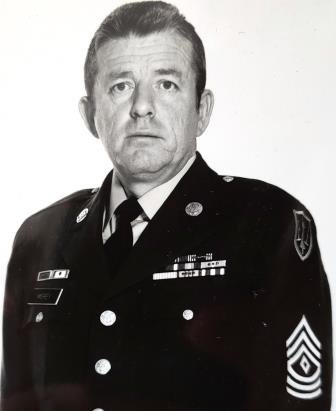 Mr. Carlton Gordon Morey, 90, of Columbia, SC, died February 25, 2021. He was born in St. Johnsbury, Vermont to the late Bernard Morey and Vera Mable Bundy.  Mr. Morey was retired from both the United States Army, and the United States Postal Service.

He enjoyed volunteering at the WJB Dorn Veterans Hospital, and was a Free Mason and a Shriner. Carlton also enjoyed reading, history, keeping up with the news, home projects, spending time with his grandchildren and “loving on” his dogs.

A private memorial service, with US Army funeral honors, (for his immediate family only), will be held at Fort Jackson National Cemetery. A Celebration of Life Service for Carlton will be held at a later date.

To plant a beautiful memorial tree in memory of SGM Carlton Morey, US Army, (Ret.), please visit our Tree Store

Share Your Memory of
SGM Carlton
Upload Your Memory View All Memories
Be the first to upload a memory!
Share A Memory
Plant a Tree