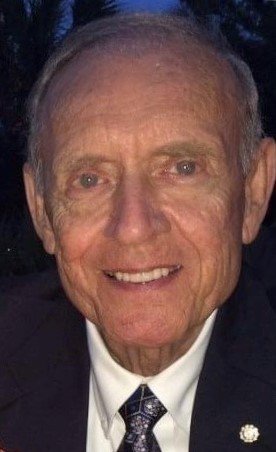 He grew up in Hamer Village where he told stories of swimming the PeeDee River at Moccasin Bluff, picking tobacco, and driving one of the first public school buses in SC.  Boyhood friends who shared these experiences remained connected throughout their lives. He credited his humble beginnings as well as his devoted mother, Mary, and honest father, Dalton Sr., as having shaped him into the man he became.  After being the first in his family to graduate from high school, he joined the Air Force where he spent his last 18 months stationed in Alaska working in telecommunications during the Cold War.

Upon returning to his beloved state of SC, he worked in the finance business, eventually starting his own credit reporting and collection company.  Dalton was a visionary and saw the future of automated credit reporting. His company, Creditdata, became the statewide distributor of TRW (now Experian).   As an industry leader, he served on many state and national committees and was elected President of American Collectors Association (ACA), the largest association representing collection agencies worldwide.  His experiences with ACA fostered friendships that would last a lifetime. One of his primary projects while President of ACA was the establishment of the Loomer-Mortenson Scholarship Program to provide scholarships to assist dependent children of employees in the credit/collection industry to further their education. Dalton eventually sold his company to TRW before developing a second career in commercial real estate.

His passion for politics and recognition of the need for effective government led him to pursue service in public office.  He served two terms in the SC House of Representatives and was a leader in the Republican Party.  During his active time, Dalton had the distinct honor of personally meeting four US Presidents.

Dalton was a man of great faith, character, and integrity. His profession of faith in Jesus Christ transcended every area of his life.  He was a member of Westminster Presbyterian Church where he served as a Deacon, Elder, and head of the Session.  From a Civic perspective, Dalton was a lifelong Rotarian and helped found both the Lexington and St. Andrews Rotary Clubs.  He lived out the Rotarian Creed in his business, personal, and civic life.  Dalton was a proud charter member of the Irmo Navy where he enjoyed camaraderie with much valued friends.  Dalton left an example of selfless giving to his family by the random acts of kindness and help he gave to those with whom he crossed paths. It was not unusual for Dalton to anonymously take care of a need he learned about, whether it be family, friend, or acquaintance.