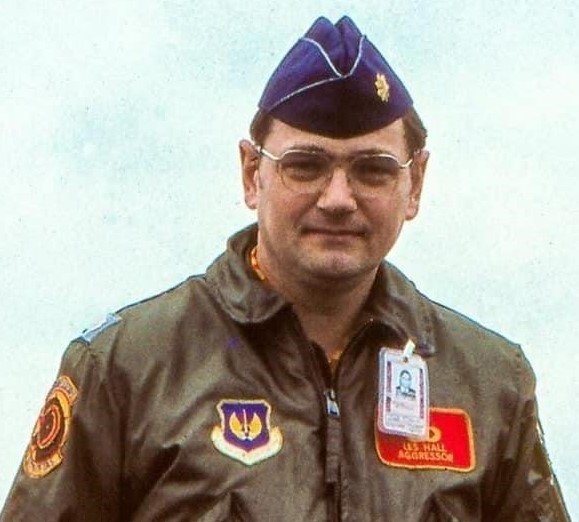 Engle Hall passed away October 28, 2020. Born in Bristow, OK, he was the son of the late Ernie Leslie Hall and Ruby Curtis Hall. Engle was a graduate of Fairmont State University in Fairmont, West Virginia. Engle then served his country in the US Air Force, and retired as a Major after 30 years of service. He served in the Vietnam War, and earned a Bronze Star medal, Meritorious Service medal and Republic of Vietnam Campaign medal. Engle earned a Master’s degree in Public Administration from the University of South Carolina after his retirement. He enjoyed cars of all types, especially rally cars, and was an avid amateur photographer.  Engle married the love of his life, Sallie Lee Molden, in 1959, and they were happily together for over 61 years. He enjoyed watching his sons and grandchildren play sports, and was involved in their athletic endeavors.

Engle is survived by his sons, Les Hall (Melissa) of Charlotte, NC, William Hall (Sarah) of Chicago, IL, Brad Hall (Kelly) of Phoenix, AZ; 4 grandchildren, Julia and Elizabeth Hall, Brendan and Cooper Hall. Engle is also survived by a large and loving extended family. In addition to his parents, Engle was predeceased by his wife, Sallie Lee Hall, and his best friend, Brad Dansby, who was the Godfather to his sons.

The family would like to thank the ICU staff at Atrium Pineville Hospital, and his nurses at First Light Home Health Care for their attentive care. In lieu of flowers, memorials may be made to Shaw AFB Airman & Family Readiness Center, 20 FSS / FSFR 524 Stuart Ave Bldg 1127Shaw AFB SC 29152.