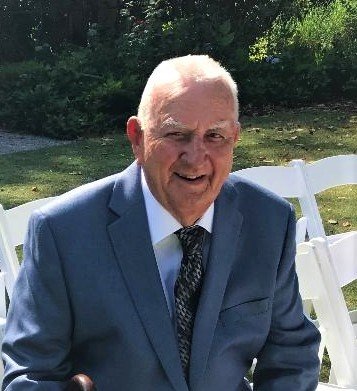 Obituary of Clyde A. Boyer

Columbia – Clyde Boyer, 92, passed away on May 28, 2020 at his home. Born on June 16, 1927 in Columbia, SC, he was the eldest child of the late Moses Clyde and Evelyn Dent Boyer and the husband of the late Frances Reeder Boyer.  He was predeceased by his siblings, Florence Dallas and Jack Boyer.

A graduate of Columbia High School, he was employed at Boyer’s Meat Market, a family owned business, before enlisting in the Air Force in 1951 and serving in the Korean War. After discharge, he returned to Columbia where he eventually owned and operated Boyer’s Meat Market with his brother until his retirement.

He was a lifelong member of Main St. Methodist Church. He could always be found in the kitchen at church functions, working alongside his sister preparing the food. In his later years, he volunteered for Meals on Wheels.  He was always willing to help anyone and cared deeply for his family. “Sunshine” will be sorely missed.

He is survived by his sons, Gus (Debra) Boyer and Jeff (Gayle) Boyer; grandsons, Erik Boyer and Chris (Karen) Boyer.

Due to the COVID-19 restrictions, burial will be private. In lieu of flowers, donations can be made to Harvest Hope Food Bank, 2220 Shop Rd, Columbia, SC 29201.

To send flowers to the family or plant a tree in memory of Clyde Boyer, please visit Tribute Store