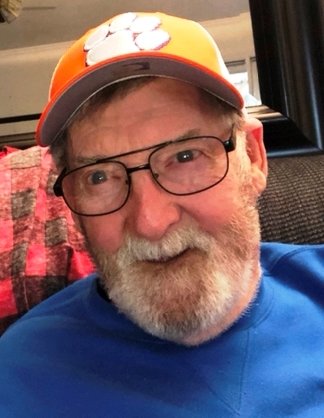 Lexington—Roy Brian Loftin, 82, of Lexington passed away Sunday, May 3, 2020 in Lexington, South Carolina, after a five-year battle with Interstitial Lung Disease. He was born in Boaz, Kentucky on August 13, 1937 to Louie Ivan Loftin and Alta B. Loftin.

Roy grew up in the Rosewood area of Columbia, South Carolina and attended Dreher High School.  He served eight years in the Navy.  He was a Class A Master Mechanic working with South Carolina Electric & Gas, Chrysler Plymouth, and retired as a Fleet Shop Supervisor with Pepsi-Cola.

Roy had a great fondness for animals.  He nurtured many “buddies” during his lifetime, but his favorite, best dog friend was Rocky Bear Loftin.  People described Roy as a person who wanted to make you laugh and spoke kindly of others.  When he was asked how he was doing he would always say “fine and dandy like hard rock candy”!

Due to the COVID-19 limitations, the immediate family gathered for a brief prayer service giving thanks for his time with us.  A memorial service celebrating his life will be held at a later date.

Woodridge Memorial Park and Funeral Home is assisting the family.

Family and friends may sign the online guest book at www.woodridgefuneralhome.com

To send flowers to the family or plant a tree in memory of Roy Loftin, please visit Tribute Store