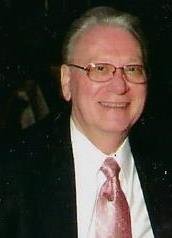 Roger Dale Teague – Lexington – Private memorial services for Roger Dale Teague, 75, of Lexington, will be held at a later date. Woodridge Funeral Home of Lexington is assisting the family with arrangements. Roger Teague passed away March 20, 2020. Born in Gastonia, NC, he was a son of the late Ermon and Mary Pearl McCurry Teague.

Roger graduated from the University of North Carolina, and served his country as a Captain in the US Army during the Vietnam Conflict. He was awarded the Purple Heart medal and the Bronze Star medal for his service. Roger was also a 32nd Degree Mason with both the Lowell Masonic Lodge of Lowell, NC, and the Sinclair Masonic Lodge in Cayce, SC.  Roger had retired from a career in retail management.

Roger is survived by his loving wife of 25 years, Wanda Wade Teague; son, Kyle Teague of Lincolnton, GA; brothers, Bob Teague (Jeannette) of Gastonia, NC, Charles Teague (Polly) of Gastonia, NC; sister, Sandra Johnston of Gastonia, NC. Roger is also survived by many beloved nephews and nieces. In addition to his parents, Roger was predeceased by a brother-in-law, Sonny Johnston.