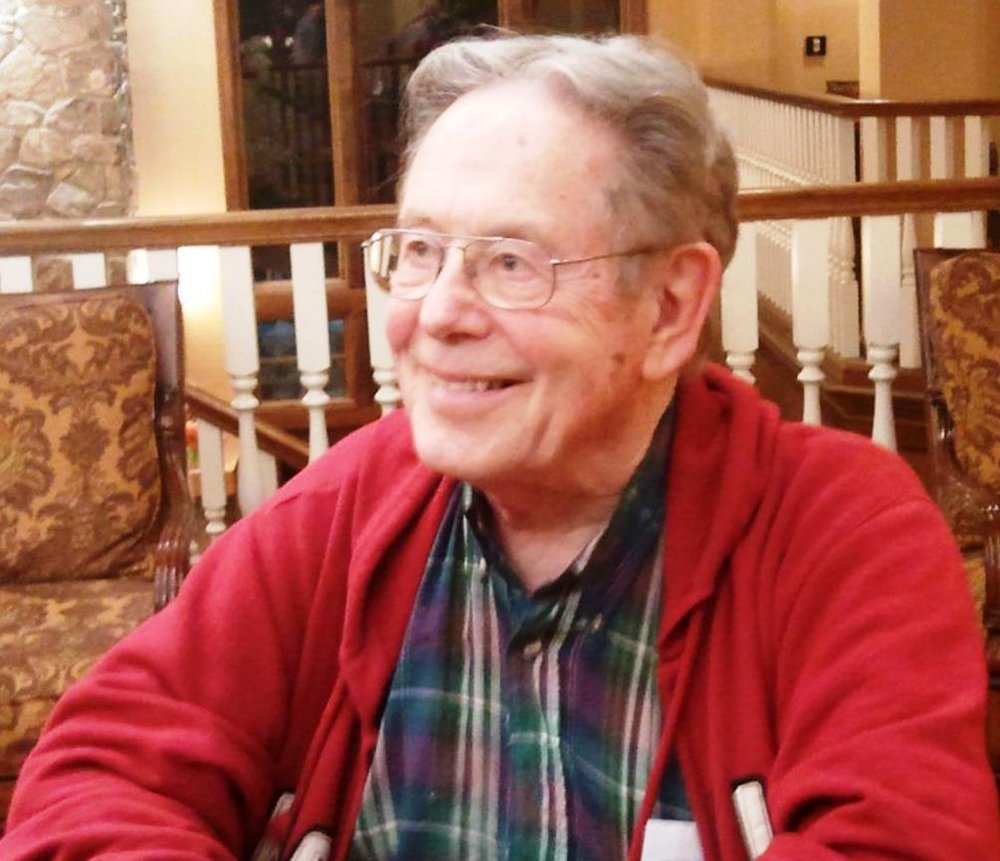 Lexington – James Oscar “Jim” Hancock - A Celebration of Life service for James Oscar “Jim” Hancock, 89, of Lexington, will be held at 2:00 PM, Saturday, January 4, 2020 at the Chapel of the Presbyterian Communities, 700 DaVega Drive, Lexington, SC 29073. Pastor Fran Bragan will officiate. The family will greet friends after the service in the Chapel.

Jim Hancock passed away December 31, 2019. Born in Roanoke, VA, he was a son of the late Abram Oscar Hancock and Jimmie Elizabeth Gardner Hancock. James was the eldest of three children and grew up in West Point, Virginia.  He worked several jobs to pay his own way through college, such as working as a commercial fisherman in the Atlantic Ocean (North Carolina to New Jersey), and as a steel construction worker.  His education included the College of William and Mary and Emory and Henry College for his B.A., The University of South Carolina for his Master’s Degree in Psychometrics (Education), and later a second Master’s Degree in Industrial Design from North Carolina State University.  He taught math at Brooklyn Cayce High School, was a State Supervisor of Psychological Testing in South Carolina, and an associate engineer for paper products research at West Virginia Pulp and Paper in Charleston, S.C.

James was a U.S. Army veteran of the Korean War era.  He met Frances, his loving wife of 56 years, while stationed at Fort Jackson.  The family moved to New York when he accepted a job at I.B.M. where he worked for 29 years in programming, research and development.  While at I.B.M., he inspired 12 out of 14 members of a department to become managers. James also was a Scout Master of 40 young men, 9 of whom attained the rank of Eagle Scout, including his son.

In 1985, the family moved to Raleigh, N.C., where he retired and enjoyed his pursuit of the arts.  Upon his wife’s death in 2011, he moved to South Carolina where he became a member of the Cayce United Methodist Church.  He joined the Presbyterian Community where he was a member of the Card Sharks Poker Club.

James is most often described by family and friends as being kind, compassionate, thoughtful, and the ultimate gentleman. He was a Renaissance man who truly cared about nature and art. He was a patient, selfless person who always had a special place in his heart for children and under-privileged people. James had strong faith in the Lord, and often read and studied scripture as he reflected on his own life.

The family would like to thank the nurses of The Presbyterian Communities of South Carolina, Lexington Medical Center and Crescent Tidewater Hospice for their attentive and loving care.  The family would also like to thank the “Seekers” Sunday School class at Cayce United Methodist Church, for their cards, prayers and concern. In lieu of flowers, memorials may be made to Epworth Children’s Home, 2900 Millwood Ave., Columbia, SC 29205.