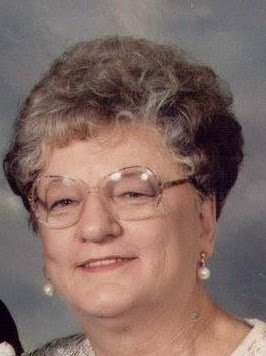 OBITUARY – Dorothy Wilson Parris – West Columbia – Funeral Services for Dorothy Wilson Parris, 84, of West Columbia, will be held at 2:00 PM, Friday, December 13, 2019 at Eau Claire Baptist Church, 4427 Main Street, Columbia, SC 29203. Pastor Steven Bouknight will officiate. Pallbearers will be Kevin and Jonathan Parris, John Beasley, Wilson and Thomas Parris and Richard Murphy. Tom Kimsey will serve as an honorary pallbearer. Entombment in the Celestial Memorial Gardens Mausoleum will follow the service. The family will greet friends from 12:30 until 2:00 PM prior to the service in the church sanctuary. Woodridge Funeral Home of Lexington is assisting the Parris family.

Dorothy Parris passed away Tuesday, December 10, 2019. She was a daughter of the late William Zadok Wilson and Callie “Belle” Pittman Wilson. Dorothy was born and raised in the Apalache Community of Greer, SC, and was a member of the 1953 graduating class of Greer High School. She worked in many jobs, including the sewing room of Lyman Mills, where she met her husband, John Parris. After they married in December, 1956, they moved to Columbia, SC, and spent time in Eau Claire and West Columbia, SC. She spent many years working for Richland School District One school cafeterias, including Brennen and E.E. Taylor Elementary Schools, and Gibbes and St. Andrews Middle Schools. She was awarded the Classified Employee of the Year award for Richland School District One. Dorothy was a member of Eau Claire Baptist Church since 1964, where she was a member of the XYZ, and the Miriam Gross Sunday School Class.

Dorothy and her husband spent many years in the mountains of North Carolina, and she was blessed with many friends. She had great wit, and loved a good joke. She was a precious wife, mother, grandmother, sister and friend. She suffered most of her life with rheumatoid arthritis, but it never stopped her from living a full and happy life.

The family would like to express their appreciation to the precious workers at National Health Care in Lexington for their love and support of their mother over these past 2 years.

Dorothy will be greatly missed by her family and friends. In lieu of flowers, memorials may be made to Eau Claire Baptist Church (Montague Fund), or The Arthritis Foundation, 1355 Peachtree St. NE, Suite 600, Atlanta, GA 30309, or the American Heart Association, 190 Knox Abbott Dr. # 301, Cayce, SC 29033.

To send flowers to the family or plant a tree in memory of Dorothy Parris, please visit Tribute Store
Friday
13
December