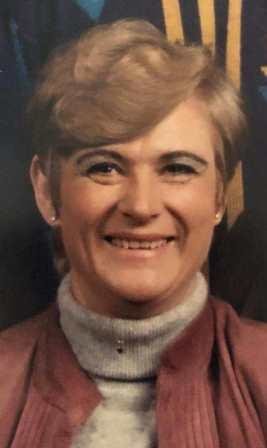 Mrs. Herrera passed away September 24, 2019 at home with her family by her side. Born in Copenhagen, Denmark, she was a daughter of the late Ove Utzon and Elli Tober Svendsen.In Kirsten’s early years, she attended the University of Copenhagen where she studied culinary arts. The Queen of Denmark requested her to be her personal chef, but she declined the offer, stating that she wanted to be a business woman. Later, she became the Financial Controller for Fort Sill National Bank, where she worked for over 20 years.

While traveling all over the world as a US Army wife with her husband Lorenzo, she joined the Family Readiness Group, where she provided support and assistance to soldiers and their families. Kirsten never hesitated to open not only her home, but her heart to everyone and anyone in need.

Whether she was sharing her talent for pottery, enjoying one of her favorite Danish authors, or bowling near perfect games on any of the bowling teams she belonged to, Kirsten made the most of her life.

Kirsten will be missed by everyone she has ever touched, especially her husband Lorenzo, her son Tony, his wife Gretchen and her five grandchildren and 2 great-grandchildren.

The family would like to thank the staff of Heartstrings Hospice for their loving care.

To send flowers to the family or plant a tree in memory of Kirsten Herrera, please visit Tribute Store
Print
Share A Memory
Send Flowers