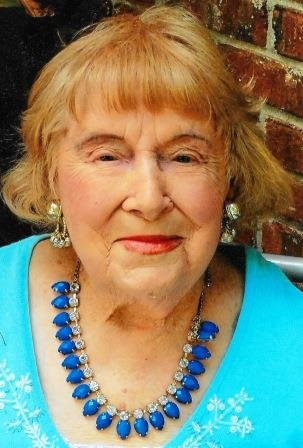 Sally Garrick passed away September 22, 2019 at Lexington Medical Center. Born in Fairfield, CT, she was the last of 10 children born to Hungarian parents, Joseph and Suzanna Kanotz Toth. She enjoyed swimming and golf. She married architect Joseph E. Garrick in 1940, and remained married for 65 years, until his death in 2004. Sally and Joe traveled to various countries in Europe on several occasions. She visited her father’s old family home in Hungary from which he left for New York City in approximately 1890.

Sally attended the Pratt Institute in Brooklyn, NY and the McDonnell School of Fashion and the Booth Bayless Commercial School. She was an accomplished portrait artist and fashion designer. Sally was Past President of the Women’s Auxiliary of the Connecticut Institute of Architecture, and was the Past President of the Trumbull, CT Women’s Club and the Trumbull Welcome Wagon. Sally and Joe lived in Trumbull after his WWII US Naval service, and remained there until moving to West Columbia, SC in 2003. Sally met her good friend, George M. Jones, at the Columbia Senior Center in 2004, where she learned various ballroom and line dances and attended musical events together for years at the USC School of Music and the Koger Center.

Sally’s many and varied activities included bridge games at Hulon Green Clubhouse with her friends, which added great fulfillment and much enjoyment as she frequently told close pals. She stated  "I have enjoyed a long and wonderful life with friends and family, including my father, husband and companion.”

A private burial was held at Woodridge Memorial Park in Lexington SC.

“Someone remembers, someone cares. Your name is whispered in someone’s prayers.”

To send flowers to the family or plant a tree in memory of Sally Garrick, please visit Tribute Store