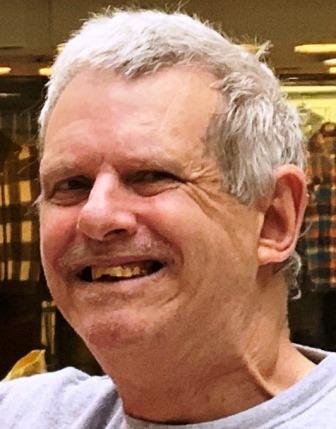 Despite being handicapped at an early age with cerebral palsy and a full-scale IQ of 61, John Ebersole had a boundless sense of enthusiasm and a thirst for relationships.

During his early and mid-years, John got along well when not frustrated and when he got his way. Off and on temper tantrums kept him intermittently from home with his parents, Jim and Mary Lou Ebersole. He periodically lived at Babcock Center in Columbia and spent 12 years at Stewart Home in Kentucky. For the past 10 + years he has been part of the Michels’ family.

Over time John became more relationship committed. In his later years, he showed steadfast love for his convalescing father, Jim. John’s temper outbursts continued to decline. His enthusiasm and upbeat nature were contagious to those around him.

John found routine joy in changing light bulbs, doing jigsaw puzzles, visiting neighbors, playing Bingo, collecting mail. John never forgot anyone’s birthday and hand-wrote and hand-delivered his card to each person. John’s near continuous recording of scores throughout watching a sports event, his unwavering excitement when contestants won on The Price is Right and his obvious pleasure when people came to visit were unique reminders of who he was.