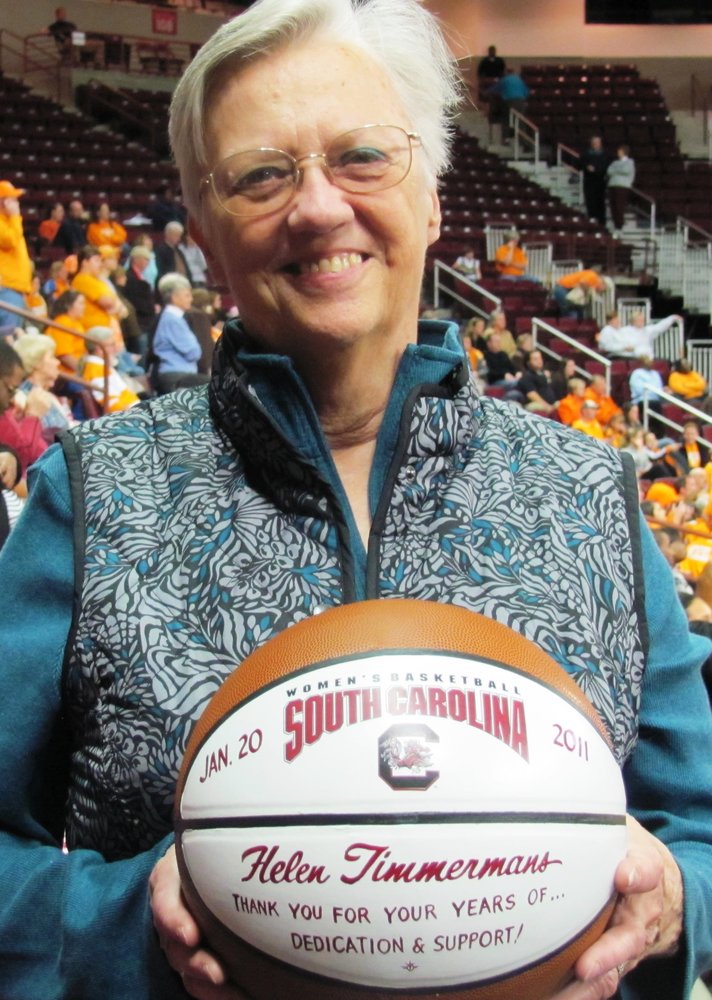 Helen Timmermans, former Assistant Professor of Physical Education at the University of South Carolina, passed away on August 3 at Poet’s Walk Memory Care Community in Warrenton, Virginia. Helen’s lifelong career at USC spanned from 1966-1999, including a six-year stint as the university’s first athletic director for women’s sports in the 1970’s. In addition to her administrative role, she served as the USC gymnastics coach for the first six seasons.

Helen received recognition in the 1978 edition of The World Who’s Who of Women in Education, received the Schaper Founder’s Award for Excellence in Teaching in 1987, and the NAGWS Pathfinder Award in 1998, which is given to someone who has made a significant contribution to women in sports.

Helen’s memorial service and reception will be held on Sunday, August 18, 2019 at All Saints Episcopal Church in Cayce, SC at 3:00 p.m. Interment will follow at Woodridge Memorial Park in Lexington. Memorial contributions may be made to Howlmore Animal Sanctuary at  P.O. Box 61128, Columbia, SC 29260.

To send flowers to the family of Helen Timmermans, please visit Tribute Store