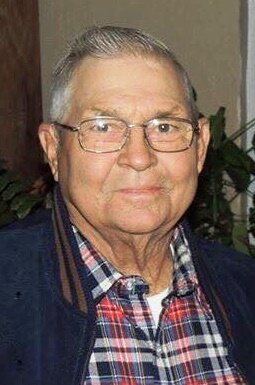 George Robert “Papa Smurf” Davis – NORWAY – Memorial services for George Robert Davis, 80, of Norway, will be held at 3:00 PM, Sunday, August  11, 2019, at St. John’s Methodist Church, 217 St. John’s Avenue, Norway, SC 29113. Pastors Charlie Snipes and Nicholas Perez will officiate. The family will greet friends for one hour prior to the service in the church sanctuary. Woodridge Funeral Home of Lexington is assisting the family.

George Davis passed away August 4, 2019. Born in Norway, he was a son of the late Ernest Fred Davis and Martha Lou Hutto. Known as the “Chainsaw Man”, he owned and operated a small engine shop in Cordova, SC, until the mid to late 1980’s. He then started George’s Logging, and operated it for more than 30 years. Always touching the lives of those around him with his gentle humor and kindness, he was a strong, hardworking man. George considered everyone he met a friend, and he often went out of his way to help those in need. After retirement, George spent time preparing the “old barn” into a workshop where he had begun to repair small engines again for friends, family and neighbors. Excited about being able to use his talents again, he was looking forward to being able to remain active on a daily basis. However, God had a different plan for him. As much as we will miss George, we all know he is in a better place than us. We only got to have him for a little while, but his time here on Earth will be cherished by all those he knew.

Visitation in the church sanctuary