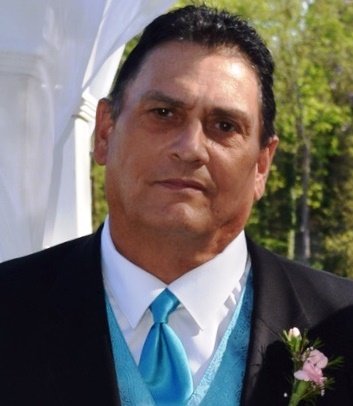 Earle Monteith Caine, III – Pelion - A Celebration of Life service for Earle M. Caine, III, of Pelion, will be held at 3:00 PM, Tuesday, June 18, 2019 at the Lakeside Gazebo at Woodridge Memorial Park, 138 Corley Mill Road, Lexington. Pastor Hugh Ward will officiate. Burial in Woodridge Memorial Park will follow the service. The family will greet friends for one hour prior to the service at Woodridge Funeral Home of Lexington.

Earle Caine, III, passed away June 14, 2019. Born in Columbia, he was a son of Shelva Jean Atkinson Caine and the late Daniel Monteith Caine. Earle attended Radius Church of Lexington. Earle loved Civil War re-enactments, and he participated in many battles in Camden and other Civil War locations. He also loved fishing and camping, and he and his wife would spend days outdoors in nature. Earle had a special love of airplanes and air shows, and had almost obtained his pilot’s license. He flew on a B-26 bomber; it was on his bucket list of things to do. He was a loving son, husband, father, grandfather, great-grandfather, brother and uncle who genuinely enjoyed life. He will be dearly missed by all who knew him.

In addition to his father, Earle was predeceased by his daughter, Amy Fulmer.

The family would like to thank Megan and Wendy of Homestead Hospice for their loving and attentive care, and Dr. Green B. Neal for his loving and caring support of Earle and the family.

To send flowers to the family or plant a tree in memory of Earle Caine, III, please visit Tribute Store
Tuesday
18
June

Visitation one hour prior to the service at Woodridge Funeral Home.