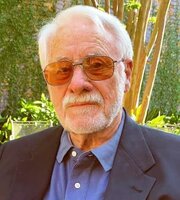 Joseph Thomas "Joe" McQuatters passed away at his home on June 12, 2022.  He was born in 1939 in Columbia to Mary Louise Landing Wilson and Joseph Albert "Shorty" McQuatters.  Joe was a 1957 graduate of Olympia High School.  He attended the University of South Carolina, and was a member of the SC National Guard.

Joe married his high school sweetheart, Betty Jo Norris, in 1959.  He was a loving son, husband, father and Papa.  His passions included reading and could be found reading the Bible every morning, traveling, watching old westerns, attending his grandchildren's games, and watching the University of South Carolina sports, particularly baseball and football.  He was very disappointed that he would not be able to follow the 2022 Carolina football season.  He anticipated a great season for the team this year.

If there is one song that could embody the way Joe lived, it would be "My Way" by Frank Sinatra.

Memorials may be made to St. Jude Children's Hospital at www.stjude.org