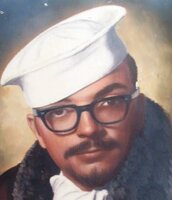 David A. Jenson – Columbia – Services for David  A. Jenson, 74, of Columbia, and formerly of Johnson City, NY, will be held at Fort Jackson National Cemetery at 12:00 PM, Friday, April 8, 2022. Chaplain Brett DeYoung will officiate. Woodridge Funeral Home of Lexington is assisting the family with arrangements. David Jenson passed away March 19, 2022. Born in Johnson City, NY, he was a son of the late Arthur and Dorothy C. Jenson. David served his country in the US Navy during the Vietnam War, and was a devoted Star Trek fan. He was a loving father, brother and uncle who will be missed by all who knew him.

The family would like to thank the staff of Lexington Medical Center for their compassionate care.