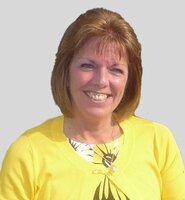 Janet Ann Emery, 66, of Lindenhurst, NY passed away on Saturday, February 26th, 2022 in Lexington, SC. Janet was born to Robert and Edna Lapp on January 29th, 1956 in Queens, NY. Janet is preceded in death by her parents, and her sister, Barbara Nelson. Janet is survived by her husband of 27 years, John K. Emery “Emett”; first cousins, Eileen Cody, Mary Eichinger, Gail and Sandra Grover, and Jamie Novak; her brother-in-laws, Donald and Russel Emery; and her nieces and nephews; Thomas Jorgensen, Jennifer Jorgensen Greene, Shaun and Megan Cody, Jason Eichinger and Lauren Kehoe, and Kenneth and Jessica Novak.

Janet Ann Emery loved to spend time on the boat and in the sunshine. Janet was an avid dog lover and devoted dog-mom to her beautiful Golden Retriever, Kelly. Janet always used to phone to close the distance with her loved ones who lived far away. Janet was dedicated to her job and loved her work family at Guild Mortgage Company. Janet will be deeply missed.

A memorial service will be held for Janet Ann Emery on Saturday, March 5th, 2022 at Woodridge Funeral Home and Memorial Park Gazebo, 138 Corley Mill Road, Lexington, SC at 3pm. Visitation will begin at 2pm and the family will remain at the Gazebo to receive friends and guests following the service.