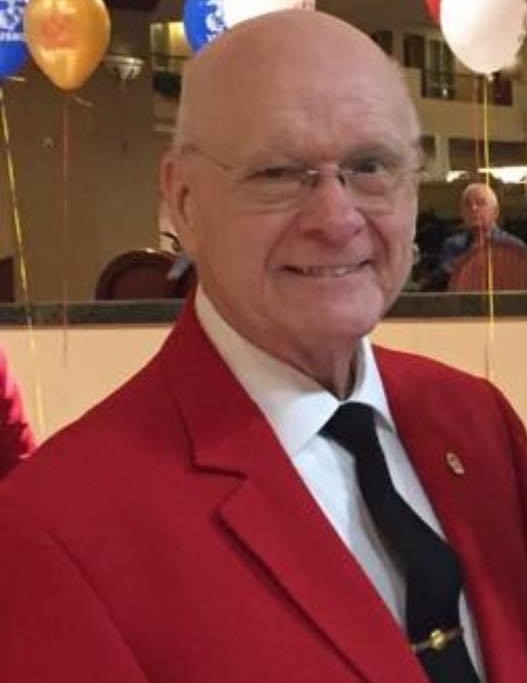 Larry E Shunkwiler was born on February 8, 1939, and was raised by his late mother Lucy and aunt Esther Lucician in Philipsburg and Beccaria, PA. for most of his childhood.   The family relocated to the Cleveland, Ohio area, and Larry met his lifetime forever loving wife, Susan M. Gorman at Euclid High School of Cuyahoga County, Ohio.  The lifetime theme of their marriage is,  “Born to be Together”  as they share the same birthdate.  Larry served his country faithfully in the United States Marine Corps, serving  from 1956 to 1959.  After his honorable discharge, he soon obtained his Bachelors degree from the ACME Engineering Institute.

Larry raised his family in Lake County, Ohio, working for Clevite Bronze and Fluid Controls and Wickliffe Pipe and Machinery Company as a Mechanical and Hydraulics Engineer before moving his family to Columbia, South Carolina, where he was employed as the Senior Hydraulic Engineer for Harsco Rail, responsible for the development and hydraulic operations of the Mark IV Rail Tamping machine.

Larry retired from Harsco Rail in 2001, then continued his lifetime service to The United States Marine Corps, serving with his Marine Reserve Unit.  He was a proud member of The Harold “Speedy” Wilson/US Marines Reserve Unit.  During his retirement, he was the Campaign Coordinator for The Columbia,SC USMC United States Marine Corps Reserves  “Toys for Tots" campaign.

In lieu of flowers, memorials may be made to the USMC Reserves Toys for Tots Campaign, in care of columbia.sc@toysfortots.org or telephone number (803)-500-5001.