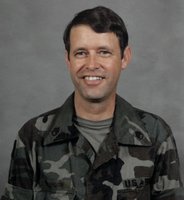 Maurice Allen Robinson was born in Greasy Creek, KY and passed at the age of 80. He is survived by his wife and best friend, Joyce, daughter Sonya (Wayne) Dooley, son Brent Robinson and grandson Zen Robinson. He was a son of the late Mallie Georgia Ratliff and stepfather Rudy Ratliff.

Maurice met Joyce during a chance encounter in August 1962 at her father’s country store in Lynchburg, SC when he walked in for a Pepsi-Cola. Maurice was participating as an Army medic in Operation Swift Strike II while stationed at Fort Jackson. They became true “pen pals” until they were reunited when he returned to Fort Jackson in 1966. They married in 1968 and had 52 years together. They enjoyed camping and explored the U.S. making wonderful memories of their travel adventures. For the last 15 years, they enjoyed their mountain home at Twin Creeks RV Park in Blairsville, GA.

Maurice retired from Allied Chemical in 1996 where he was known as “Robbie. He also retired from the U.S. Army and the South Carolina National Guard after 24 years of dedicated service. He served one year (1965-1966) in Vietnam as a medical specialist. He was so proud to be a Vietnam Vet − “All gave some, some gave all.”

Maurice had a passion for this country, the military, and his motorcycles, even reaching 100,000 miles on his last Harley. He loved country and bluegrass music especially on his trips to the mountains. He was an avid reader, especially of non-fiction. His favorites were books about Vietnam and WWII. Most of all, he enjoyed his family, friends and the very special times shared with his grandson, Zen.

The family would like to thank Lexington Medical Center for his care during this time, especially the doctors and nurses on the COVID FLOOR  and CCU. We were overwhelmed by the compassionate care given to him and family during this critical time.

The memorial service will be held Friday, October 8, 2021 at 12:00 Noon at Fort Jackson National Cemetery with Military Honors.  To view the service via TribuCast live stream, please click here or via the following link: https://client.tribucast.com/tcid/6841533115

Memorials may be made to The Salvation Army of Columbia, South Carolina, Trinity UMC (1201 Mohawk Drive, West Columbia, SC 2169), Wounded Warriors Project (www.woundedwarriorproject.org), or a charity of one’s choice.