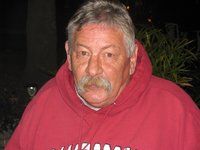 Joey Norris passed away February 18, 2020. Born in Stuttgart, Germany, he was a son of the late SFC Joe B. Norris and Estherlene Weaver Norris. He served his country in the US Army as a Combat Engineer, and later worked at FN Manufacturing, prior to a career as a cabinet maker and carpenter. Joey was very proud of finally acquiring his learners permit to drive at the young age of 64. Joey was a free spirit who loved the South Carolina Gamecocks, and he will be missed by all who had the pleasure of knowing him.

The family would like to thank the nursing staff of the Dorn VA Medical Center who participated in Joey’s care; their loving attention and concern made all the difference.