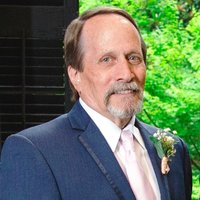 Jefferson Howard Smith, 66 years old and known to family and friends as Jeff, passed away in his home in West Columba on Sunday, August 4, 2019.  After a hard fought battle with cancer, it was simply time to rest and be at peace.

Jeff was born December 17, 1952, to Dr. and Mrs. Hugh E Smith, Sr.  Along with siblings Bonnie, Hugh Jr. and Brian, Jeff was raised primarily in Orangeburg, SC.  He was a graduate of both Wofford College and Midlands Technical College.  He was fascinated with all things nautical, having spent many happy times sailing with his family as a boy, and enjoying pride in a father who had been part of the Navy.  He achieved one of the highest ranks possible as an Eagle Scout in South Carolina, and set records for Track and Field that remained unbroken for many years.  Through the years, Jeff often warred with the two sides of his soul; one that was artistic, allowing him to take and develop the most beautiful pictures, and the analytical side that took pride in his work of the most recent years in bookkeeping.  He enjoyed watching a thunderstorm just as much as figuring out the solution to a complex problem.  He has often been called the “baby whisperer” in the family, because he could calm all of the crying babies with no effort.  A devoted father himself, he was proud of his own son and excited at the prospect of his first grandchild due later this year.

Jeff is survived by his son Christopher and daughter-in-law Julia; his long-time partner Jean Belle Isle and her son John and grandson Shepard; his mother Martha Smith; sister and brother-in-law, Bonnie and Dan Raney, nieces, Shannon, Susan, Rebecca, Misty and Kimberly, their respective spouses, a host of great nieces and nephews, as well as his uncle, Sam Meares. A part of the family, as well, are sister-in-law Kim, and former wife Gloria.

In the words of William Blake:

To see a World in a Grain of Sand

And a Heaven in a Wild Flower,

Hold Infinity in the palm of your hand

And Eternity in an hour.

Jeff can do this now.  May he rest in Peace, and know he was truly loved.